The Pot Of Soup

Last night was one Misi and I will never forget. During the week Misi was getting e-mails from the bishopric. They were in need of volunteers to come to the church and help out while with the evacuees. At the time there were about 40 people/families staying at the church. They had to evacuate their town of Pasadena, due to the severe weather. So, Misi, to my surprise, signed up for the Saturday night, 6PM-10PM shift. I have to admit I was a little shocked because he doesn't always volunteer. I ended up going with him because he and Sini had signed up, and Prince was going too...so there was no way I was going to stay home alone. We got to the church right around 5:45 and they began to show Misi and Sini what to. It really consisted of just sitting there and helping out when needed. Prince and I were like great, we should have brought a book or something! A little while later, our Bishop walked in. As calm as ever, he began to tell us he got a call from our Stake President who lives in Conroe. The president told him that Conroe was hit bad...there were many members homes that had problems, there was no power, and no running water. He also said that they were sending a few more families to the church due to the conditions. At first the count was about 50 people, and then later on only 3 families showed up. So, we all scrambled together and began to rearrange rooms, get things organized, blew up air-mattress's, got pillows and blankets ready. It was now becoming more exciting! A while later the Bishop came back to us and said that he called our Relief Society President, Sister Carter, and told her we may need a pot of soup or something for these people who are coming in late. Sister Carter immediately replied by saying it was already done. When Bishop told us this I didn't have any doubts that Sister Carter had it done already. She is a very neat and spiritual being. Later that evening Sister Carter showed up to drop off the soup. I went over to her and thanked her for being so prepared, and thought it was so neat that she had been inspired to make this soup. She began to tell us, while in tears, that all day she had a feeling she needed to make a pot of soup. She kept telling her husband she didn't know why, but knew she needed to make it. Her husband said that the hardest part was they couldn't decide which kind to make! When she got the call later in the evening, she said she couldn't believe it. She was worried that she had lost the Spirit and was so relieved when the Bishop called her. It was such a neat experience for us to see the Lords had work through the members. Even just by offering a simple pot of soup helps others in need. We had such a good time helping out the evacuee members, and look forward to the service projects coming up! I have never been so grateful in my life. The Lord teaches us through small and simple things-what a fun weekend! 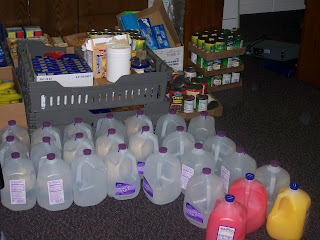 Food and water fromt the church that we moved to clear a room. 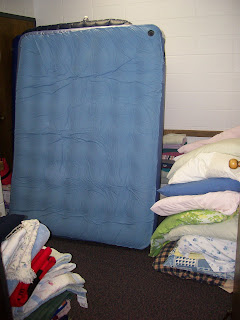 Some mattress's, pillows, blankets and sheets provided by our ward for the evacuee's. 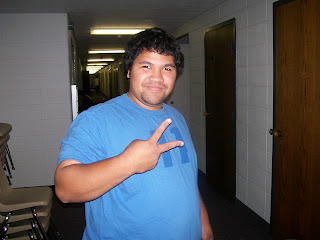 Prince at the church happily serving!
Posted by Whitnee at 5:15 PM 8 comments:

What a crazy weekend! I got to experience my first hurricane. It started Friday early in the day-Houston and Galveston getting the worst of it. It didn't come over us until about 6AM Saturday morning. We had 50-70mph winds and LOTS of rain. We were the lucky ones! It tore down quite a few trees, and even a few fences. In the back of where we live we watched the wind blow over a fence. The poor people of Galveston and Houston! They got it really really bad, and my homes were lost. It's crazy because we are only about 90 miles away from Houston. There is one thing that really stuck out to me, and something I am very grateful for. The Gospel. How lucky we are that we have the church to lead and guide us, especially when it comes to being prepared. It was so interesting to watch people scramble to the store to get food and water, and how fast everything went. We went to the store on Friday just to get a few extra things, and the bread shelf was completely gone, flour, sugar, and water were also gone. Even though we didn't get it too bad here in Bryan/College Station, it was a great reminder and testimony builder for me. Coming from good old St. George, being surrounded by family and have the shelter of my parents had me more than grateful! Sometime this week we will be going to Conroe and possibly Madisonville (two towns that are in our Stake that got hit hard) to help clean up homes and neighborhoods. In Galveston, people still aren't aloud to return home. It's very sad because a lot of these people really want to get back and see what their homes look like. In Conroe, Madisonvill, Houston, and Galveston, and other surrounding cities...the water is bad so they can't use the water. There also is no power, which they aren't sure when it will be fixed. It's just so sad to see all the destruction. Again, we are very gratefulthat we were safe and blessed!
A fence in the back of our apartment that got blown over. 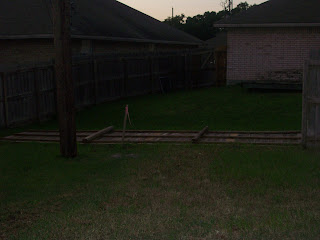 This is the front of our apartment during some of the wind storm. It's kind of hard to see, but there are leaves and branches everywhere and it was raining. There was also a lot of uprooted trees that I didn't get pictures of. 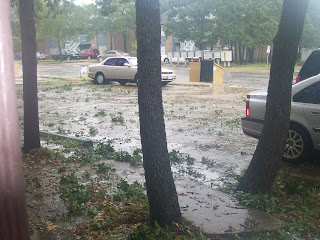 Here are some CRAZY pics of what went on along the coast...mostly in Galveston and Gilcrist. 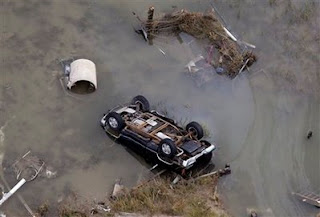 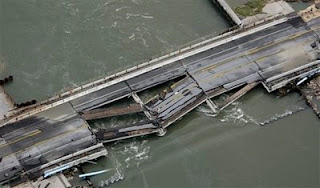 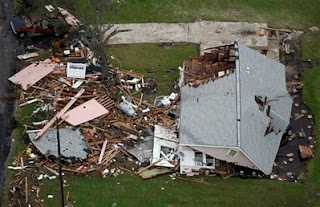 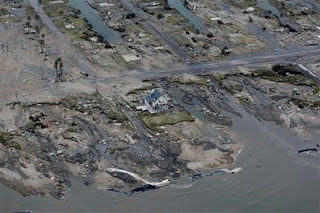 Posted by Whitnee at 5:15 PM No comments:

Today was a pretty exciting day for Misi and I. We went for my first big ultrasound at the hospital. We arrived at the hospital around 1:30, and after a few minutes of trying to figure out where to go we found the right place. I went to admissions and got registered and then headed back to the radiology office. We had to wait a 20-30 mintues until the girl finally came and got us. She took us into a small room and then proceeded with the ultrasound. It was a lot of fun to see how much the baby had grown. We hadn't seen the baby for about 2 months, so it definitely grew a lot. We were able to see the little hands and feet, long arms and legs, and even watch it open and close its mouth. After about 45 minutes, another girl came in to finish up. The first girl couldn't quite figure out the gender so she told the new girl to figure it out. By this point I could tell Misi was getting excited, as was I. She dug into my stomach and full bladder to get to a better view of the baby's lower region...after which she began to explain what the 'little black dots' represented. It was sure enough a GIRL... I didn't really know what to think. I was going to be excited either way. Misi and I were just kind of in shock...it's just so weird to know that it is actually a baby girl. I'm sure that it will be the most real when she is finally here! After the appointment I texted my Mom and Mykelle, and then Dad, Wes and Jadon. So all my siblings found out..and were very excited. Mykelle told me she already wants to go out and buy clothes! Can't argue with that one. Each of the little boys (Kallan & Kameron) called to find out what it was after they got out of school. Kallan thought it was going to be a boy, and seemed pretty cool about it being a girl. Kameron on the other hand, had a different opinion. I had talked to him the night before and he said he didn't know what he was going to do if it was a girl. He wanted it to be a boy so he could teach him how to play football! Well, he called today and asked..'So, what is it.' I told him to guess, and he guessed a boy. I then said..'You are 100% WRONG!' LOL...He started to scream and said 'WHAT!? It's a girl!!' hahaha...he seemed so excited. He was really just mad about the fact that I said 100% wrong because he was sure he had it right! Kameron can always make us laugh. Misi also called his mom and told his brothers. They were pretty excited but thought it was surely going to be a boy! We are happy either way! We just feel very blessed to have a healthy and strong baby, and can't wait for her arrival. We are beginning to finalize a name for her...so I will post again when we have it all figured out! Here are a couple of the pics she gave us today..not a whole lot but kind of fun. 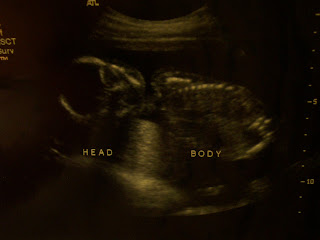 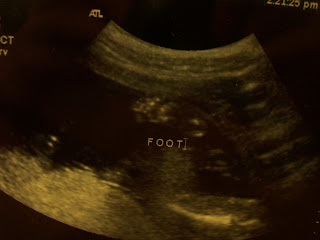 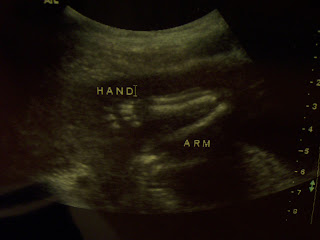 This weekend we got to enjoy some good ol' Texas A&M volleyball! They had the annual Texas A&M Invitational, which BYU women's volleyball team was apart of. It was a lot of fun to watch BYU play, and made me feel homesick again. A&M also played really good too! They beat No. 16 BYU for the championship game, which was a fun game to watch! 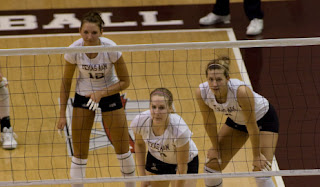